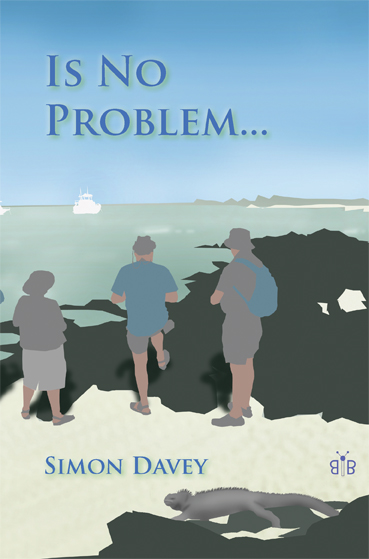 With amusing and evocative insights into wildlife travel, this book details trips in search of wildlife in Turkey, Costa Rica, Ecuador and the Galapagos. The diverse and not always straightforward wildlife includes the humans encountered and escorted, showing the trip from the leader's viewpoint and how things are not always as easy as they might appear.

....As we rose up higher during that day, fewer and fewer members of the party continued on up until I was left with just three. Unfortunately, even though the weather until lunchtime had been magnificent, by afternoon, a mist began to descend first to envelope the highest peaks and then the slopes below. It was at our high point for the day that I heard a strange upturned whistle. It appeared to go up in a series of stages or harmonics, much as happens when one whistles into a large glass jar. I recognised it immediately as I had heard a very similar call when I had been in the Taurus Mountains in Turkey listening to a Caspian Snowcock. This was its Himalayan cousin and a bird every birdwatching visitor to Central Asia longs to see.

The snowcock continued to sing but was just above possible vision in the swirling mists. I tried hard to make out a great, grey turkey of a bird against the rocks, but it was no use. I decided to try an extreme long shot and made an imitation of the whistle, using every ounce of lung pressure I could muster. The real snowcock went silent and I thought I had put it off. It was several minutes later that a typical upturned whistle came back to me from the gloom. I replied, and then it returned my call. It definitely seemed to be responding to my feeble attempts to imitate it.

It then made a strange bubbling noise, something like a cross between a partridge and a Capercaillie, a sort of guttural chickuck, chickuck, chickuck sound. It seemed to be getting excited so I persevered. What happened next took me totally by surprise. Still bubbling excitedly to itself, the great bird appeared through the mists above, flying straight at me. Whether it saw that it was me who had been calling to it, and that I was not a snowcock, I don’t know. However, for a few moments, it sat very close on a rock scrutinizing me. I had my ornithological telescope and for several minutes enjoyed stunning, close views. Then, perhaps embarrassed by being fooled by a human, it launched itself into the air once more and flew off to a sharp rock where it stood like a sentinel. Snowcocks are very well camouflaged against grey mountain rock, so I made a mental note of where it went and rushed down to show the remainder of our party who was below.

When I reached them I could still hear it calling, and managed to find it with the telescope for them. We watched it until it flew once more to a scree-covered slope quite a bit closer to us. It then put its head forward and its tail feathers out like a feather duster, and it began to leck...This is when the males congregate and display at one another in a fascinating mating dance, watched by the females.

Perhaps my snowcock was trying to out display me for the attentions of the local snowhens. It was certainly the only one I saw. Perhaps they are so solitary that even a vague imitation of a snowcock causes this instinctive, aggressive territorial behaviour. Soon the mists were descending ominously, so we began our walk back to the coach.