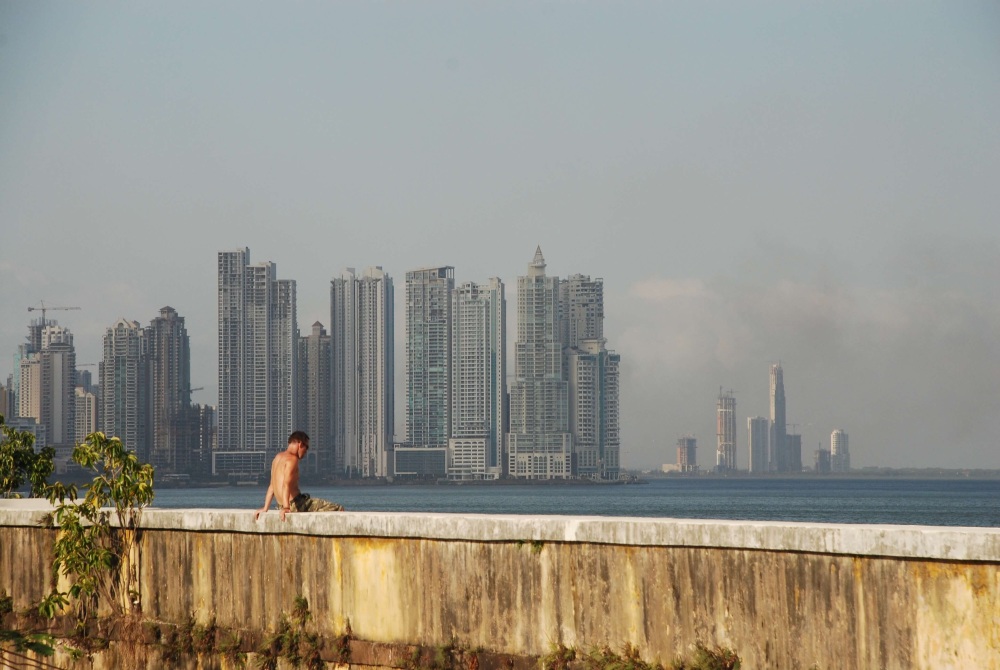 In today’s world we are surrounded by technology of all shapes and sizes and it often feels like the pace of change is accelerating in ways we can’t fathom or keep up with. As a child I was lucky to have a grandfather who was a maths teacher, so I just presumed that I would be good at maths, which meant that I was less vulnerable to the school peer pressure to hate the subject (I still love it, although I have forgotten most of the complicated stuff).

Nowadays peer pressure for adults washes through our culture in ways we don’t always recognise. One bewildering aspect of this is a form of pride in being technically challenged, a sort of notion that this is a form of protection from the evils of the wilderness of historical spaces: where ‘There be Dragons’ used to be marked on unexplored territories at the edge of maps.

In this blog post (apparently even calling a little bit of written thinking a blog can trigger a stress attack in some, including my mother!) I want to explore and address some of the ways the technical problems can be rooted in.

A few years ago some researchers looked into the ability of older brains to learn new things compared to younger brains. The results were fascinating as, contrary to popular mantras, old brains (that function without complications) are just as capable of learning new things as young brains. The impediment is that we have all forgotten HOW to learn. My most rewarding trainee in computers a few years ago was 90 and he definitely proved it is possible as he picked up all manner of new ideas without batting an eyelid or getting stressed.

Learning is a readiness not to know all the answers all at once! It is that simple. When I was first in charge of the office computer network in the 1990s, I knew something about using a computer, which was why I was given the role, but nothing about its bits and bobs. A box of cables was like spaghetti with different ends but I hadn’t a clue what went where (and they were all different in those days – no ubiquitous USB-C). I did ALOT of blinking in the first 48 hours of that job!

It was obvious I had to learn new stuff very very quickly in order to keep the office going. This involved alot of reading and scouring of magazines and manuals etc. My first few days I tried so hard to remember everything, although I didn’t yet begin to understand the important differentiation between ‘space’ and ‘memory’, which is actually crucial. (Space is how much room you have on the computer to save things into, memory is like the computer’s elbow-room, how much it can cope with multi-tasking). In the end I made a decision that was incredibly powerful. I stopped trying to remember and just read to soak up the ideas and words that were being used. My ability to understand and therefore to remember took a huge leap forwards.


Later, when sorting out my parents’ computer, my poor father would sit next to me to try to ‘learn’ what I was doing, but his stressed attempts to understand each movement I made was difficult for us both, as I had to get to a position where it would be simple for him to learn, but he was watching the complex (or actually also the thuddingly dull) tasks that had to be done first.

A need for patience

We have the most amazing brains. They operate on a number of different levels, but there are arguably two levels that have relevance here. When we do things we have not done before we go through every step, aware of what we are going through at all times. When we do things we have done many times before, it can be possible to be completely oblivious of what we have been doing. There were a couple of road junctions when I lived in Warwickshire that looked identical – at the first I needed to go straight ahead, at the second I needed to turn left – and I would find that I had gone straight ahead at the second and ended up on the wrong road because I was on auto-pilot and had not seen the first one as I passed it! 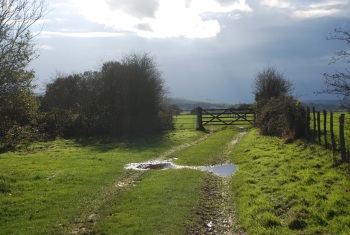 Computers are still less sophisticated than us, although they are starting to catch up compared to those of 30-40 years ago. For most tasks we don’t realise that they are chugging through as they do it quite fast, but every now and then they do require alot of patience. I have a friend who goes through a scary number of keyboards because she gets so impatient with her computer having a bit of thinking time. I have just now sat waiting for a Royal Mail collection to be processed – it took about 10 minutes sitting there and I was starting to think maybe I had got it wrong and it had hung, when suddenly up popped the label to be printed and all was fine.

All sorts of havoc can be created, not just wrecked keyboards, through a lack of awareness that patience is an important thing to have. Anyone who has managed computers will have a sort of Zen approach to the constant waiting for downloads to complete. Either from CDs/DVDs or from the internet, both can be a slow process.

In my view the gaslighting that some computer announcements can be guilty of is irresponsible and utterly unhelpful. ‘You have performed an illegal error’ is hardly warm and cuddly. It is almost always a lie as well! Behind the scenes every bit of our fancy pretty screens is made up of a little bit of code that has loaded to perform that function. Some of these codes are launched at the same time, intended to run in a certain order, but as they use different bits of the memory (elbow-room) they may run at different speeds and bump into each other like bumper cars. When they do that, the computer gets confused and indulges in a blame game ‘She did it, not me!’ like siblings playing.

Last year my mother’s computer got so upset by one of these clashes that it actually suggested that she do a factory reset, which seems such a harmless suggestion when made as a ‘helpful’ hint that she obediently followed the guidance and caused utter mayhem. It is an elderly machine and I am hopeful this suggestion is not really present on newer models. One good idea is if a machine does throw you a message that doesn’t feel normal, ask around before accepting the suggestion.

A lot of column inches have been written on technophobia, but I think it should really be called techno-stress because a phobia is so hard to live with. There is alot of stress in the unknown and there is so much of the unknown with modern technology for most of us, it isn’t as age-dependent as it may first appear, although more exposure to technical objects in the young does warp it that way a bit.

Technology is designed to be a tool to be used. Breaking down what we want to do with it is a start. The fear tends to come from the confusion that new ideas can create, and the use of words that made sense in different contexts is a challenge. ‘Cookies’ is quite an obvious one and I am SO looking forward to the day when common sense over-rules the need to warn and those pop-ups can be replaced with something less intrusive and far more helpful.

Cookies are little bits of code, as so much that is digital is made of little bits of code. Some are more friendly than others but all provide someone with information. Those newspaper cookie popups that blind you with a huge list of meaningless names to whom they sell-on the stripped data are particularly irritating and in my own view wrong.

This website requires cookies for it to function I gather, but we don’t ask it to do anything more than what is needed to know if a visitor has been before and other anonymous analytical bits of data about whether you are on a mobile or computer and where the world wide web has decided you are located at the time of your visit (it can be so wrong about location it’s bizarre!). At the moment we do not have accounts for visitors to the website so that there are none of those more detailed cookies involved in a visit. Our aim is to make life as stress-free as possible for our visitors, as that is how we like to be able to visit websites ourselves.

It has often seemed to me to be important to talk about hopes and fears with technology. Talking therapies are really good with many anxieties and technical anxieties are no different. Understanding why technology can be a stress trigger is a part of the way towards making it seem more friendly. Contrary to the impression newspapers may give, it is NOT out to get you, it is there to be helpful. Remaining calm and unstressed is how to navigate some of the potholes of behaviour that exist in everything. Rushing about and flapping and waving works as badly with computers and gadgets as it does with confused wasps.

Things to remember to do 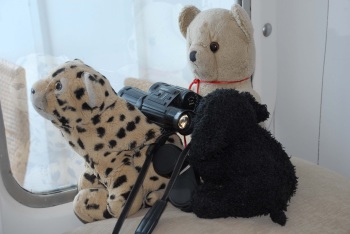 1. Keep a copy somewhere off your devices of everything that you do that you would fret about losing. Be a bit cautious of backup software as it can go out of date, file copies are easier to manage.

2. Never fill the hard drive completely, of phones, tablets or computers (or USB sticks). They all need that elbow room. A workable rule of thumb is never to go under 20% of space left (storage space for files).

3. Remain calm. If necessary take a step back and breathe.

4. If someone who knows about computers suggests you turn them off and on again, don’t groan, give it a try, it can work more times than it doesn’t because of the bumper cars loading process. But please not just cutting off the power source. Technical objects have a Night Night John Boy sort of routine they go through as they switch off that is also important.

5. Have a structure for saving files in different folders for different sorts of thing, don’t just start by having everything in one folder, a bit of planning saves alot of wild confusion and panic later.

6. When you have started to build a bit more confidence it actually becomes fun!

7. If you have any problems with this website or maybe anything techno-angst related that might help you cope, please do get in touch and we will see what we can do to help or make suggestions about how to find help. I hope that there is something in this blog post that is helpful and maybe even reassuring.