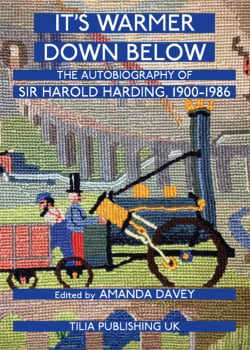 On Thursday, 17th September 2015, at the Institution of Civil Engineers (ICE), No 1 Great George Street in London, the autobiography of Sir Harold Harding was launched in the stunning library with a mixture of good friends, relatives, colleagues and plentiful civil engineers. The event was very successful, with strong interest in (and sales of) the book that captures the characteristics of a warm and charismatic man who worked at the forefront of many initiatives in civil engineering and several key projects, including many tunnels under London, co-founding Soil Mechanics Ltd and being part of the introduction of geotechnical investigations to the UK. He was consultant to the Channel Tunnel Study Group in the 1950s through to the abortive start of tunnelling works in 1974, continuing to lobby for a twin bored tunnel in his later years. He was also the technical expert on the Aberfan Tribunal following the catastrophic mine spoil slip in 1966 and initiated the investigations that led to many recommendations that are still relevant today. 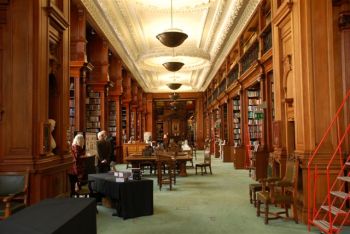 As part of the launch there was a small exhibition and warm and much appreciated introductory talks from Nathan Baker, Director of Engineering Knowledge at the ICE and Douglas Parkes, previously of Arups and long-term friend of the Harding family. Thank you to them both.

I then spoke on behalf of the book and have been asked to put what I wrote on here, hence writing this post. What follows is the structure of what I said, although on the day a few things were different as the pressures of time and nature of things prompted.

"Before I say anything else, I would like to thank you all for coming this afternoon. It is very greatly appreciated. Everyone has come from such a range of different backgrounds and it is a delight to see you all here. Thank you to Nathan for his very kind words and for having the launch in this space. 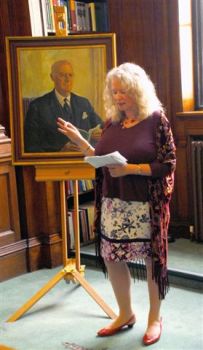 This book has been made possible through the help and support of many people and I would like to thank them all for their input. Of particular relevance today is the help and support from Douglas who has been a guide and mentor throughout. Also I need to mention editorial help from my sister-in-law Debbie, cousin Claire and uncle Philippe. This book could never have been launched here without the significant roles played by Debra Francis [Librarian] and Greg James [Associated Societies Secretary] here in the Institution. Greg was my first contact and he has continued to be a lynch pin, Debbie has been a fizzing firework of enthusiasm and drive. It is a joy to be here to celebrate the work that has gone into creating a library area that sets this afternoon off in such style. I would also like to thank Roger and Damian of the British Tunnelling Society for the crucial support that they have given.

Some people have been under the impression that I have been working on the impossible task of a biography. Thankfully this has not been the case, this is very much HJBH’s book, by him. My role has been to streamline it a bit and iron out the occasional rough edge. There were two chapters that he was not in a position to write, I have done those, and there is a section of small mini-bios that have collected over-flowing anecdotes.

When I was having a little internet search in preparation for today, I came across an autobiography written by Desmond Fitzgerald, who had worked for Mowlem and Soil Mechanics Ltd. It had cropped up briefly in some earlier fact-checking, but I was struck by a reference to my grandfather as a ‘dreamer’ who thought mostly about the possibility of a Channel Tunnel. This must have been in the 1940s or early 1950s, so was well before his involvement with the Channel Tunnel Study Group. I don’t believe any of us who are here today who knew him would be that comfortable with ‘dreamer’ as a word to describe HJBH. Visionary is by far and away a more accurate word, which retains a sense of feet firmly placed on the ground. What this search also brought up in typical random Google fashion was a website called astrovip.com which had a full and detailed astrological assessment of HJBH. I actually don’t know what he would have made of someone going to that trouble for him. My theory is that he would have laughed in that expansive way of his that used to make my grandmother worry for the safety of their chairs.

Douglas referred to how much this book reflects the breadth, depth and wit of the man we loved. It contains plentiful references to subjects that he was capable of summing up with a startlingly effective brevity:

Someone asked me recently what HJBH would have said if he knew his book was finally coming to publication after all these years. I think the only way that I can answer that question is to say that I believe that he would be hugely relieved to learn that all the effort that he put into it had not been wasted, while being rather chuffed that people still cared about what he had to say. I have had alot of fun working on this book and have also learned a great deal more about a very special man than I even began to realise that I didn’t know.

Thank you very much for coming and I hope that you will have a look at the book and the exhibition and be engaged and enthused by what you see."